X-ray is one of many sources of natural radiation. The combined effect of all these sources is called background radiation, to which men are exposed from the beginning of time. (Background radiation mainly consists of: Radon gas (50%) that is wherever uranium is(soils and rocks, usually granite), Cosmic radiation (12%) coming from space and partially filtered by the atmosphere, internal radiation (10%) that occurs when you inhale or ingest radioactive material, medical radiation (15%) such as dental and chest X-ray analysis.
X-ray inspection used in food industry should not be associated with radioactivity. X ray inspection of any type of product (food, pharmaceutical, etc.) does not cause radioactivity, such as a human being does not become radioactive after an X-ray analysis at the hospital.

The sievert (symbol Sv) is the international unit of radiation dose and is a measure of the radiation effects on an organism. The equivalent dose is measured as the energy absorbed by the body per unit of mass.
Since the exposure level to radiation it is normally much lower than 1SV, it’s possible to use submultiple like millisieverts (mSv: a thousandth part of sievert) or microsieverts (mSv: a millionth of a sievert).
On average human being receives radiation from the environment for approximately 2,400 mSv per year. This value far exceeds the radiation of an X-ray inspection industrial system.

A body located immediately next to the inspection machine (in operation) is exposed to less than 1 mSv/h. This means that an operator, working 50 weeks a year for 40 hours per week in with the X-ray system, would receive 2,000 mSv per year, nearly far from the maximum exposure acceptable (1 Sv).

According to the considerations above we can affirm X ray inspection systems are safe and not dangerous for operators. 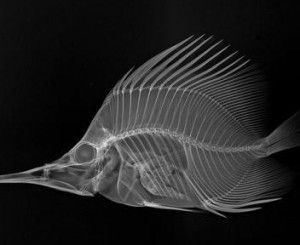 Now it is important to verify the consequences on the products directly exposed to the radiation.

As regards the food industry it is important to distinguish between X-ray inspection and food irradiation: in the food market, X-ray may be used to perform several inspection analysis or to irradiate the product in order to destroy any bacteria present. Although both technologies involves the use of radiation, the purposes (and the energies involved) are very different. Irradiation provides much greater radiation dose (several orders of magnitude separate the food irradiation by food inspection).
Scientific evidence shows X-rays used for inspection do not alterate food. The study of the World Health Organization confirmed that a radiation level of 10,000 Gy (Gy: GRAY, unit of radiation dose) does not affect safety or nutritional value. The maximum level of radiation allowed by the World Health Organization (WHO) is in fact equal to 10,000 Gy.
The doses used in the X-ray inspection are less than a ten millionth of those used in the study of the WHO. The food that passes through a X-ray inspection system is exposed to about 250 milliseconds in the x-ray beam. During this short period of time the food receives a radiation dose of about 200 μGy (0.2 mGy).
The radiation levels are so low that organic food may be subject to X-ray inspection without any loss of its biological status.

X-ray systems are safe and the radiation is generated only when the inspection unit is in operation. The risk of exposure to radiation can be limited according to the following protection principles:
• Distance: the radiation intensity decreases rapidly with distance from the source.
• Shielding: the more the material is dense, the better is the shielding effect. For this reason, the X-ray machines are normally made of stainless steel.